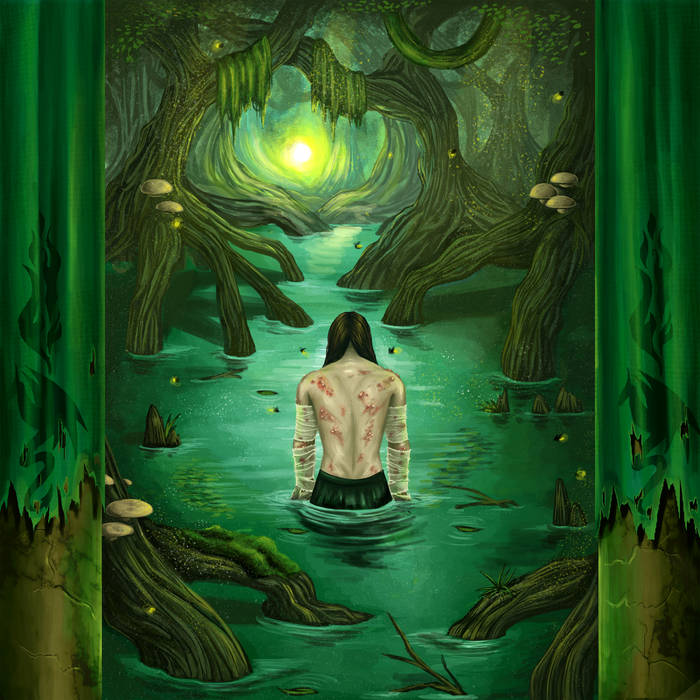 ScoopMeister This is the premier sympho-black record. Nothing else in this style can touch it.

Blessed He With Boils, the strory of the estranged brothers Thanos and Ereptor, takes place after the events outlined in our “Incultus” EP. The story tells of Ereptor’s treacherous rise to power and Thanos’ struggle to dethrone him; songs are written from both characters’ perspectives juxtaposed with narrative choral interjections throughout. Strange
names and foreign places mentioned in the music are characters and lands in an ever-expanding fantasy world we have created. The map inside this package details the world of Etymos; birthplace of Xanthos and the other Relics, and home to the realms of Erthe, Axen,
Septentria, Meridia, Incultus, and many more.

On this album, ideas often do not belong to one song in particular; instead they are traded back and forth between songs, between instruments, and between voices as the work
progresses. Recurring musical themes heard through the course of the entire work act as echoes of the brothers’ familiar past. We feel that this consistent saturation of our music with
reimagined thematic material creates a very deep and rewarding listening experience that takes you from soaring heights to melancholic lows to nostalgic reflection the way only great
music can. By the same token, we tried to give each song a unique and definite personality of its own, spanning everything from severe brutality to serene beauty. We spent nearly a year in the studio; writing, recording, re-writing, re-recording every element of this album.
Not to mention the many years before that we spent writing the actual material; making sure every note served its purpose, every line complemented its counterpart, and every lyric fit properly with our story, because we wanted to create something special. We wanted to
create something that stays with you for years to come, something that can become a part of you, something that will be a source of new discoveries with every listen, and something that you can use to find your own inspiration. Without futher ado...

Blessed He With Boils was recorded and mixed by Matthew Earl from the late months of 2011 to the end of 2012 at Erthe and Axen Studios in California.

The album was mastered by Jens Bogren at Fascination Street Studios in Sweden.

XANTHOCHROID WOULD LIKE TO THANK:
Rhiis Lopez and the members of Ana Kefr, Dan Lefler of Danman’s Music School, the Earl and Vallefuoco families for putting up with our noise, and of course our legions of fans!