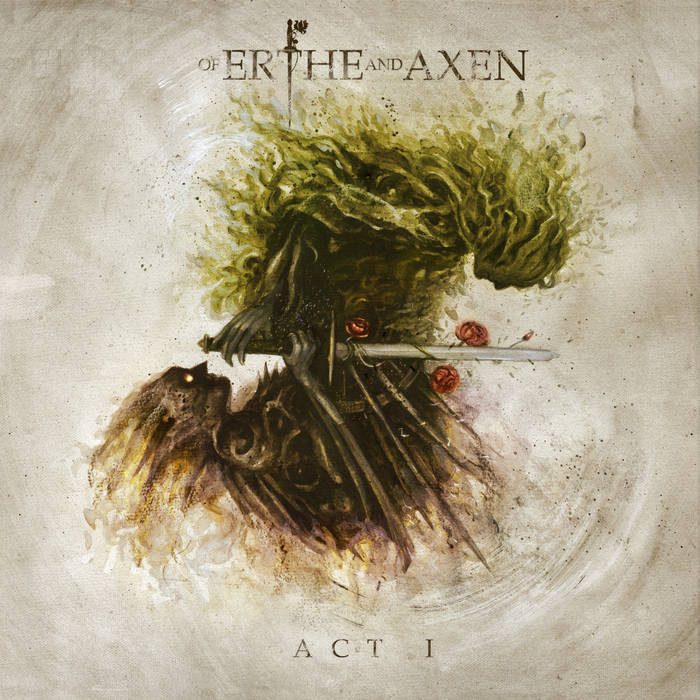 baudelagon Une sorte de comédie musicale façon métal. Known in following Bert Banane (thankfully). If you love Opeth, Ayreon, that is for you.

hiero2021 This one got me hooked and enchanted in no time. It has everything from calm, ethereal duets to massive orchestral explosions. I really love the intricate and recurring melodies. Very inspirational album, also serves well as background music for creative tasks. Favorite track: To Lost and Ancient Gardens.
more...

Following the success of their epic debut full-length "Blessed He With Boils," the masters of Cinematic Black Metal are back with their massive double album "Of Erthe and Axen."

Released in two Acts (Act I August 22, 2017, Act II October 17, 2017), "Of Erthe and Axen" is a prequel to the tales woven throughout Xanthochroid's earlier releases. In the world of Etymos, older brother Sindr (better known as Ereptor) returns to the island nation of Axen seven years after he left to join the ranks of the Erthen military. What follows is a tale of love, jealousy, magic, war, and deceit as younger brother Thanos learns of his brother's true motivations.

This new release takes Xanthochroid's theatrical concepts to a higher level, evoking the grandeur, bombast, and vulnerability of a live stage performance. More extreme, yet more delicate; more vast, yet more intimate; Xanthochroid's "Of Erthe and Axen" attempts to further broaden the horizons established in their acclaimed debut.

Not only has Xanthochroid chosen to remain an independent band, the group is highly involved in the marketing and promotion of their various efforts. Following the success of their cover of Wintersun's "Land of Snow and Sorrow", amassing over 750,000 views, Xanthochroid is hailed as an innovator in the world of extreme metal. As such, the band has launched an ambitious project called "The Xanthochroid Global Ambassador Program" (XGAP) which empowers fans to hold their own album release/listening parties in their local cities. Already a massive success, fans are planning events in over 20 coutries all over the world.

"Of Erthe and Axen" logo by Sam Meador