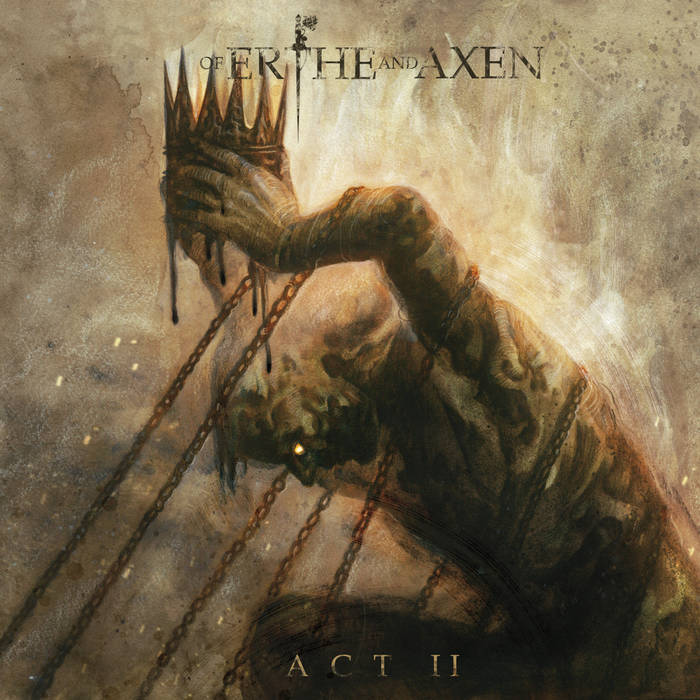 hiero2021 Ok, I've to admit I somehow liked Act I more in general, but - damn! That closing track! It's always giving me either goosebumps or some sort of power flash. Or both. Favorite track: Toward Truth and Reconciliation.

Nuno Lourenço When a band shows such a distinct sound with such a sense of purpose and quality, dominating a specific approach that could easily become cheesy or boring without ever falling in that trap, then that is a band that deserves our respect and our support and contribution. Kudos to these guys, their music is awesome!

Following the success of their epic debut full-length "Blessed He With Boils," the masters of Cinematic Black Metal are back with their massive double album "Of Erthe and Axen."

Released in two Acts (Act I August 22, 2017, Act II October 17, 2017), "Of Erthe and Axen" is a prequel to the tales woven throughout Xanthochroid's earlier releases. In the world of Etymos, older brother Sindr (better known as Ereptor) returns to the island nation of Axen seven years after he left to join the ranks of the Erthen military. What follows is a tale of love, jealousy, magic, war, and deceit as younger brother Thanos learns of his brother's true motivations.

This new release takes Xanthochroid's theatrical concepts to a higher level, evoking the grandeur, bombast, and vulnerability of a live stage performance. More extreme, yet more delicate; more vast, yet more intimate; Xanthochroid's "Of Erthe and Axen" attempts to further broaden the horizons established in their acclaimed debut.

Not only has Xanthochroid chosen to remain an independent band, the group is highly involved in the marketing and promotion of their various efforts. Following the success of their cover of Wintersun's "Land of Snow and Sorrow", amassing over 750,000 views, Xanthochroid is hailed as an innovator in the world of extreme metal. As such, the band has launched an ambitious project called "The Xanthochroid Global Ambassador Program" (XGAP) which empowers fans to hold their own album release/listening parties in their local cities. Already a massive success, fans are planning events in over 20 coutries all over the world.

"Of Erthe and Axen" logo by Sam Meador

Sayer Ferrell - Choir Vocals on "Toward Truth and Reconciliation"